POPULAR LITERARY TEXTS IN THE 80s/90s

A large portion of the mess that Nigeria is in today can be attributed to the educational system that produces actors in the Nigerian socio-political landscape and the followers who cheer them along. Below are some of literary texts which made the reading culture a hobby in all primary and secondary schools.

Authored by Onuora Nzekwu and Micheal Crowder, Eze is determined to be educated against all odds. Can he overcome the difficulties that stand in his way?

Authored by Ada.K. Agwu, an orphan boy, Tunji leaves his village to face an uncertain future in Lagos.

One of Cyprian Ekwensi’s books tells the story of a blind drummer boy and singer moved from place to place entertaining people with his performance. But deep within there is an undisclosed happiness. Why is Akin unhappy? Who among his friends can he trust in search of true happiness?

Authored by Kola Onadipe. A young girl, Ralia gets missing from home under mysterious and unforeseen circumstances. Then, she encounter one ordeal after the other: first in the hands of Ayawa, the wicked village witch and then a hunter. Will she survive these ordeals and return home…… under what circumstances?

ONE WEEK, ONE TROUBLE

Authored by Anezi Okoro. Wilson Tagbo leaves his village for Saint Mark’s school from there he gets into one trouble after the other.

CHIKE AND THE RIVER

Chinua Achebe’s children’s book tells the story of Chike, an 11-year old boy who longs to cross the River Niger but doesn’t have sixpence to pay for the ferry ride. With the help of his good friend, Samuel Maduka Obi (SMOG), he embarks on a series of adventures which enable him get there. Once he makes it across the river, he realizes that life on the other side is far different from his expectations and must find the courage within him to make it home.

THE HUNTER AND THE HEN

Authored by Oladele Taiwo. The book is a collection of children’s stories

TALES OUT OF SCHOOL

Authored by Nkem Nwankwo. Bayo goes to secondary school and in his first term experiences a class rebellion and a challenge to the school football team.

Authored by Chukwuemeka Ike. Tells the story of Amobi, a first year secondary school student who is troubled by a dream of a leopard. 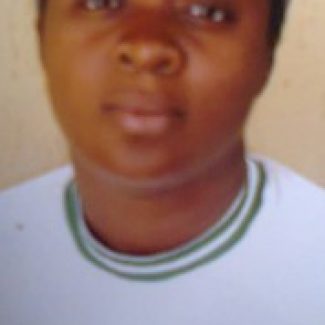