SpaceX is laying off 10 percent of its workforce

SpaceX is laying off 10 percent of its workforce

SpaceX will lay off 10 percent of its workforce, immediately following its first successful rocket launch of the year for satellite operator Iridium. The news, first reported by the Los Angeles Times and confirmed by SpaceX, suggests the company is under some financial pressure as it attempts to get two ambitious projects off the ground.

More than 6,000 people work at SpaceX, according to the company’s website. It’s not clear which SpaceX divisions may have been affected. The company faces a busy year: testing its Crew Dragon for flying astronauts to the International Space Station, launching two Falcon Heavies, deploying its first Starlink satellites, and starting tests on its Mars-bound Starship.

In a statement sent to The Verge, SpaceX said this:

To continue delivering for our customers and to succeed in developing interplanetary spacecraft and a global space-based Internet, SpaceX must become a leaner company. Either of these developments, even when attempted separately, have bankrupted other organizations. This means we must part ways with some talented and hardworking members of our team. We are grateful for everything they have accomplished and their commitment to SpaceX’s mission. This action is taken only due to the extraordinarily difficult challenges ahead and would not otherwise be necessary.

The layoffs come as companies that put geostationary satellites into orbit have required fewer launches. “The market is very soft. It was last year, this year, and I don’t know that it’s going to change dramatically next year, either,” SpaceX president Gwynne Shotwell said in September.

SpaceX makes roughly $2.5 billion a year in revenue, according to The Wall Street Journal, from contracts with organizations like NASA and companies like Iridium. (The exact figures aren’t public — SpaceX is a private company.) Though Shotwell told CNBC in May that SpaceX has had “many years of profitability,” Bloomberg’s reporting on SpaceX’s recent loan suggests that the company hadn’t been profitable between September 2017 and September 2018.

Building next-generation rockets and launch systems, like the proposed Mars-ready Starship, and spacecraft that can fly humans, isn’t a cheap endeavor. SpaceX took out its first loan, for $250 million, last year and may be in the process of raising $500 million million in equity, according to The Wall Street Journal.

The company is also looking into new sources of cash, like its contract with Japanese billionaire Yusaku Maezawa. Space tourism could be a huge revenue stream for SpaceX if it wants to continue tapping million- and billionaires to ride in its new spacecraft. But to do that, it seems the company has to make sure it has enough resources to actually get those vehicles off the ground first. 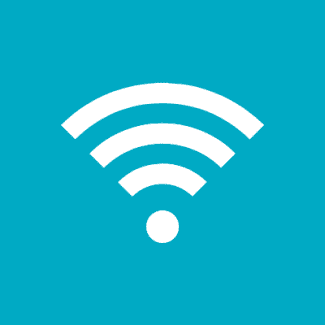